skip to Main Content
weather for Morrisville
Morrisville Borough’s employees partnered with Habitat for Humanity of Bucks County to conduct a Community Service Day project for the Morrisville YMCA.  Morrisville’s employees spent Presidents Day at the YMCA cleaning and painting the multi-purpose room.  The Morrisville YMCA is a busy facility that serves lots of children and has been a staple of the Morrisville community for decades.  According to Borough Manager Scott Mitchell, “The YMCA was our venue, Habitat for Humanity donated the materials and supplies, and Morrisville Borough’s employees provided the labor.  This was the first time we participated in an event like this as a group and it proved to be a fun event and a good team-building exercise.  We were happy to be able to assist the YMCA.  Our Public Works Department led the effort with PWD employee Bill Quill serving as our Team Captain.  Everything went according to plan.” 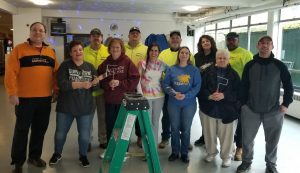 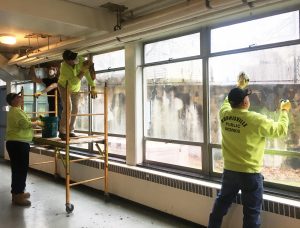